Lavender Bay’s first lady, artworld icon and guerrilla gardener Wendy Whiteley is not impressed. “There’s less and less green space these days,” she tells northsider. “You can’t just concrete everything and stick a tree in the middle and call it ‘green space’. We talk about green space more and more but concrete and a bit of shade…it isn’t a garden. Gardens are disappearing…”

Wendy, 79, knows a thing or two about what makes a good green space. She has cultivated her not-so-secret Secret Garden in Lavender Bay for over 20 years, turning an overgrown dumping ground into a lush, harbourside haven.

Grown, initially, without permission on land owned by Railcorp, in 2015 the State Government granted Wendy’s Secret Garden a lease until 2075. But Wendy fears developers and their high-rises are never far away from the bay she has called home for the past 50 years.

“Anyone and everyone can come here and be beside the harbour but it feels threatened,” she continues. “I worry what’s going to happen to it all when I’m gone. I’m not going to know of course. But I think it will be very sad for everyone if the garden is lost.”

Wendy’s commitment to keep the garden flourishing for decades to come is the inspiration behind her latest project.

Working with Kirribilli chocolatier, Rebecca Knights of Coco Chocolate, the pair have conceived a sweet way to raise funds.

“The Secret Garden has always had a special place in my heart,” Rebecca enthuses. “It’s inspiring and I visit often. Wendy has given so much to the community, I wanted to do something to give back to her garden.”

Rebecca has created a special range of hand-tempered chocolate inspired by the works of Wendy’s late husband, celebrated artist Brett Whiteley. The flavours of the bars are matched to some of Brett’s most iconic artworks, which appear on the packaging.

After many hours around Wendy’s kitchen table, taste-testing and ensuring everything was just so, the 70g bars of 100% cocoa butter artisan chocolate are now for sale at Rebecca’s Bligh Street store, the Art Gallery of New South Wales and the Brett Whiteley Studio in Surry Hills. All the profits are going to the upkeep of the Secret Garden and the pair hope to raise over $50,000.

“The balcony 2 is quintessentially Lavender Bay so we’ve matched milk chocolate with lavender,” Rebecca says. “Big orange (sunset) is a dark chocolate with orange and for Self portrait in the studio Wendy had the idea of combining white chocolate with hazelnuts and sea salt.” 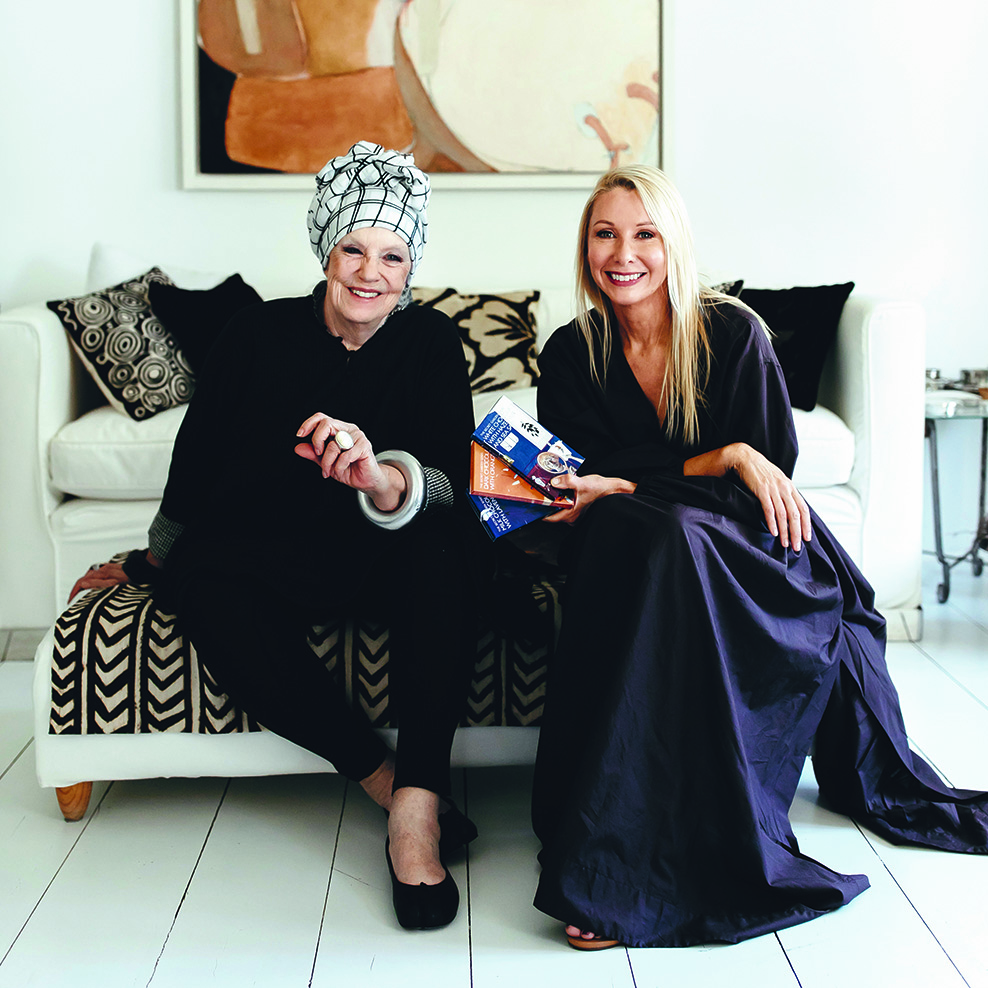 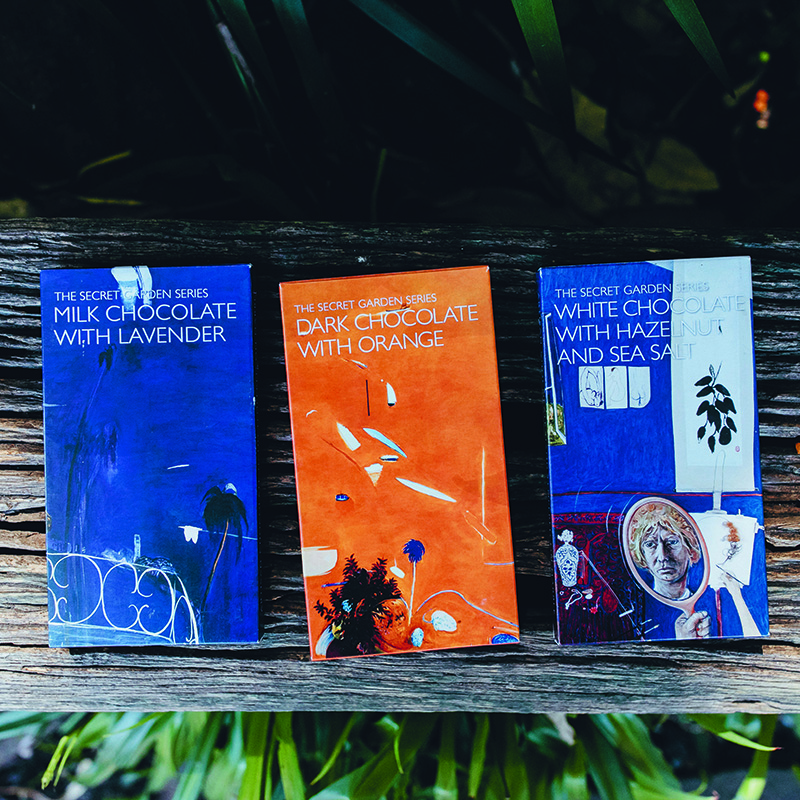 It’s well known that the grief Wendy felt following Brett’s death from a heroin overdose in 1992 was what galvanised her into starting work on the overgrown sprawl that was then in front of her home.

“One day I went out and began tackling the overgrowth,” she remembers. “It was a messy green lump of land. I didn’t know what was there. I couldn’t see shape or form. It was a rubbish dump overgrown by weeds.

“There was lantana and sticky weed…it was hard work but I had a vague idea it would be ok. It was a mess I could clean up.”

In the beginning, no one took much notice of Wendy toiling tirelessly in the soil.

“I never asked for permission and no one told me to stop…they all thought I was a bit nuts I think,” she laughs. “But as I made progress, there was pure amazement. People would ask me how far I was going to go. I’d always reply that I was going as far as I can!”

“It was very satisfying to see the transformation,” Wendy remembers. “Of course, it’s still a work in progress, even now. And I’m not someone who starts a job and doesn’t finish it. There’s no half way.”

The Secret Garden is even more breathtaking when you consider Wendy wasn’t a green thumb.

“I knew nothing about gardening back then,” she says. “I worked by eye and instinct. I’d consider leaf form, colours, shapes…It’s a garden of the imagination and I think that’s why people love it so much.”

These days, around 100 volunteers help assist with its upkeep. Couples get engaged beneath the tree canopies and there’s family gatherings and even weddings on the grass. “It still has the feeling of being secret though,” Wendy says. “The nooks and crannies…it feels safe to run free here. It’s a comfortable, friendly space. Children have such fun hiding, searching for fairies, climbing trees. I think people find that side to themselves again in the garden.”

“I’ve learnt to stop looking for perfection, especially in the garden. You’re not in control after all. Something much stronger than you is in charge.”

The future of the living masterpiece is very much at the forefront of Wendy’s mind.

“The pressure is on us to preserve as much of the magic of Lavender Bay as we can,” she says. “I’m looking at how the garden will be maintained when I’m gone. Because nothing disappears faster than a garden when it is not properly maintained.

“All I ask is that people who love the garden make sure that doesn’t happen. Go on using it, sharing it. Add to the magic.”

Want to volunteer in Wendy’s garden? Head to wendyssecretgarden.org.au to find out how.