Article first published in northsider magazine Spring 2019. Emily Crockford has since been listed as an Archibald Prize 2020 finalist.

Trains, such as the red rattler, are a central theme for Thom, his work for The National comprising of eight portraits of friends on display alongside their corresponding train persona portraits – 16 pieces in total.

On the other side of the studio, Emily Crockford is completing precision dot patterns.

It’s also been a big year for Emily. One of her paintings was selected to appear in the prestigious Salon des Refusés, the annual collection of works rejected from the Archibald Prize. She’s completed a 39m mural commissioned by Westpac and her piece ‘Opera House By Night’ can be seen adorning construction hoardings around Sydney’s CBD.

Fellow artist Victoria Atkinson is opposite Emily, preparing an immersive multi-media piece consisting of textile and audio-visual work. Sculptor and painter, Guy Fredericks, is adding detail to his imagining of a wallaby and Damian Showyin, a highly-skilled weaver, is mapping out his next textile project.

Thom, Emily and their colleagues are part of the 15 strong Studio A collective who work from a light-filled space on the top floor of the Crows Nest community centre. As well as being gifted creatives, these artists have intellectual disabilities.

“As soon as people see the artwork first, that’s when the perception changes”

“The biggest obstacle we have is the perception that artists with disability can only do art therapy or that what we do is ‘really sweet’,” Studio A CEO and Artistic Director Gabrielle Mordy tells northsider. “If you say disability first then everything people hear is through the lens of disability. As soon as people see the artwork first, that’s when the perception changes.”

Studio A supports artists to develop their skills, gain public recognition for their art and commercialise their work. 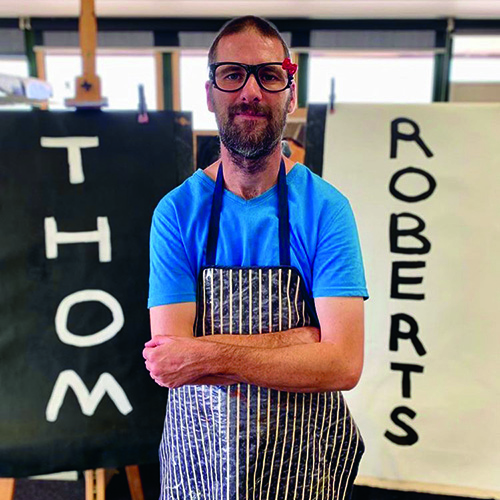 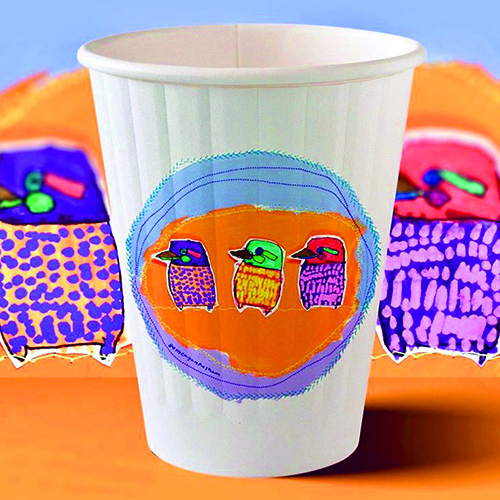 “When people buy work from our artists, they’re paying for the art,” Gabrielle says. “It’s not a donation or charity. They’re getting a great collectable piece in return.”

Gabrielle’s interest in this area of art was sparked around ten years ago. “I remember thinking why is this work not being seen?” she says.

“We very deliberately marketed them in-line with contemporary art practice,” Gabrielle explains. “We didn’t stamp disability on the shows. Not having titles playing with the word ability has always been our rule.

“The first show we did was in Surry Hills and we had no idea what we were doing! We got a cool designer to do the invite and we posted them all over the city. It took us until 3am to hang the show because neither of us knew how to use a drill! But all these hipsters turned up and the work sold out.”

Studio A was born in 2014 as a subsidiary of Studio ARTES, an independent, not-for-profit organisation that offers creative activities and life skills programs for adults with disability.

As well as organising mentors, workshops and exhibitions, Gabrielle and the team manage the artists’ CVs, put together their marketing plans and apply for awards and grants on their behalf. Over the last two years, through a range of commissions and collaborations with businesses, including Biopak and Mud Australia, Studio A art sales have tripled.

Emily Crockford with her design for the City of Sydney Photo: Katherine Griffiths

Daniel Kim, who paints in the tradition of the Old Masters, is a perfect example of why Studio A is so important. MPs and CEOs have sat for him, his work has been selected for the National Portrait Gallery in Canberra and his paintings sell for thousands.

“Daniel is autistic and can barely speak in sentences,” Gabrielle explains. “When I first met him he was being paid $3 an hour to put dog collars in boxes. $3 an hour. And that was considered ‘successful employment’ for him which meant he didn’t get any funding support or further skill development.

“Imagine having the capacity to earn thousands doing something you’re genuinely skilled at as opposed to receiving a few dollars an hour.” Gabrielle shakes her head. 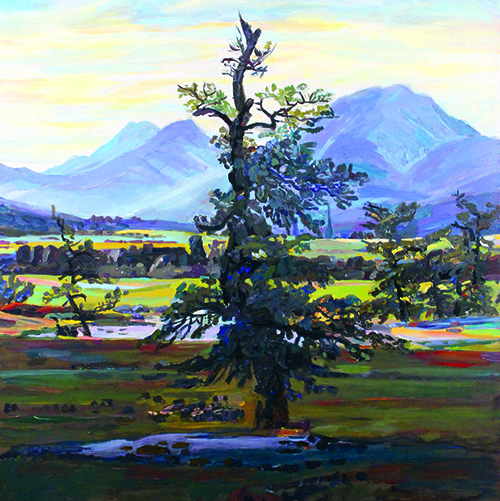 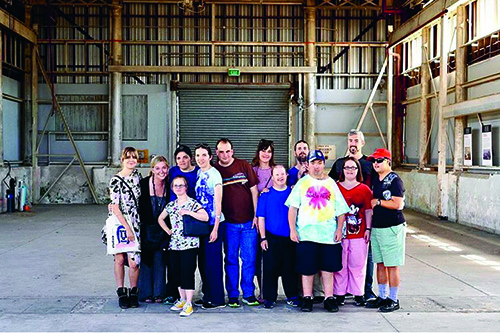 Landscape work by Daniel Kim; the artists on a site visit to Retort House,Sub Base Platypus, right.

And while huge steps forward are being made in the recognition of these artists, there are still long-held perceptions to be challenged. Gabrielle highlights a comment made about Emily’s piece in the Salon Des Refusés as a perfect example of the barriers the artists still face.

“Emily was referred to as having ‘collaborated’ on her painting with another artist,” she recalls. “I thought wow, even at this level of achievement there’s still this perception she couldn’t have done it herself.

“We work to ensure our culture and our cultural institutions, that are meant to represent our culture’s voice, actually include the voice of people with disability who make up a large percentage of our community.” 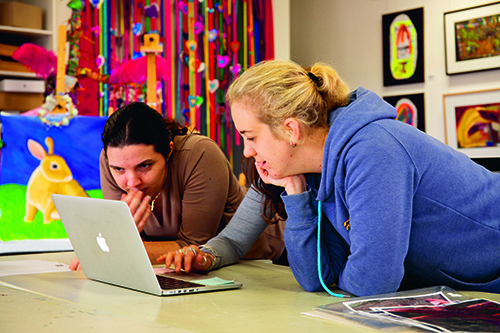 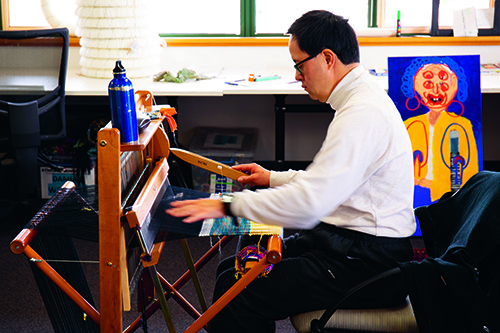 That voice will be heard loud and clear in North Sydney this Spring with Studio A’s next exhibition seeing them preparing works for the newly opened Sub Base Platypus. Planned for the 18th October, the artists have responded to their vision of a dream home. The work will be on display in Retort House, Sub Base Platypus’ most significant heritage building. And that same voice is also going international next year.

“Thom has been awarded a highly competitive Copyright Cultural Fund Grant and is going to Italy to do an art residency,” Gabrielle smiles. “His profile in the last twelve months has really exploded.

“As far as I know he’s the first artist with intellectual disability to be curated into The National. Having his work displayed at Carriageworks was a beautiful partnership. Thom has a fascination with trains - seeing the people as trains and trains as people - so he loves that venue, he calls it a bedroom for trains. He was happy the trains could see his work and the works could see the trains. Seeing him recognised to this degree is really rewarding.

“At the end of the day, we exist because the artists make great art,” she concludes. “We always put that first.”

ABC’s Art Bites, a series of profiles on Studio A artists, is available on iView.