King of the bay

Peter Kingston in his Lavender Bay lounge room with Scottish Terrier, Brigalow, who appears in the artist's works

Acclaimed Australian artist Peter Kingston has been capturing the magic of Sydney Harbour from his Lavender Bay studio since 1973.

“It was a bay of boatsheds back then and that tree was a lot smaller!” Peter laughs, gesturing towards a towering Port Jackson fig growing in neighbour and friend Wendy Whiteley’s Secret Garden.

“I hate holidays,” he says. “I’ve got to do something every day.”

From the cabinet of curiosities collected from Luna Park’s past in the hallway to the etching of Boofhead welcoming you to the light-filled lounge room, his whole home is an ever evolving work of art.

“We’re set up as a cinema,” Peter, who’s known as ‘Kingo’, explains, referring to the rows of chairs lined up. “People come over and we show films and discuss them.”

It’s not just the drama on screen that’s a talking point. Peter’s work Roseville Cinema hangs on one wall in all its technicolour glory.

The artwork depicts the 2002 incident involving 40 Year 12s from Barker College who, in an end-of-year prank, stripped off and invaded the cinema. Kingston saw the painting rejected three times for the Sulman Prize.

“It was a bay of boat sheds back then.”

It is now part of Peter’s eclectic collection which includes colourful, cartoonish creations, harbour view paintings with sweeping depth, skilful lino cuts and quirky figurines of superheroes. Each item is a dedication to heritage, art and creativity.

A celebration of Sydney - of its landscapes and characters - with a sprinkle of mischief thrown in for good measure.

The view from Kingston’s studio on the ground floor is as captivating as the art inside. The curve of the harbour, the soaring coathanger, the onion dome of Luna Park’s Coney Island and glimpses of the Opera House all punctuate the blue horizon.

When northsider visits, much of Peter’s creative energy is focussed on the Opera House in preparation for his latest exhibition, Sacred House, taking place at the Australian Galleries in Paddington this August.

“The Opera House is like a big sculpture and I never tire of it,” Peter says. “We tried to save Utzon,” he continues, referring to the Danish architect who designed the iconic building but left Australia before it was finished, vowing never to return . “Unfortunately, it wasn’t to be and that’s to our shame. Imagine the buildings he could have created if he’d stayed on...”

“It's a sacred spot, a refuge and an inspiration.”

Peter’s newest works have been inspired by Utzon’s breathtaking structure coupled with a commission from his alma mater, Cranbrook, to create a special piece for their new chapel.

“It got me thinking about the religious aspects of the Opera House - whatever religion is,” Peter says. “It means so many things to different people. Take the fire at Notre Dame. Everybody, even if you weren’t religious, felt that tragedy. It went beyond religion.”

“It’s a sacred spot, a refuge and an inspiration,” he muses.

Surrounded by inspiration: the view from Peter's balcony 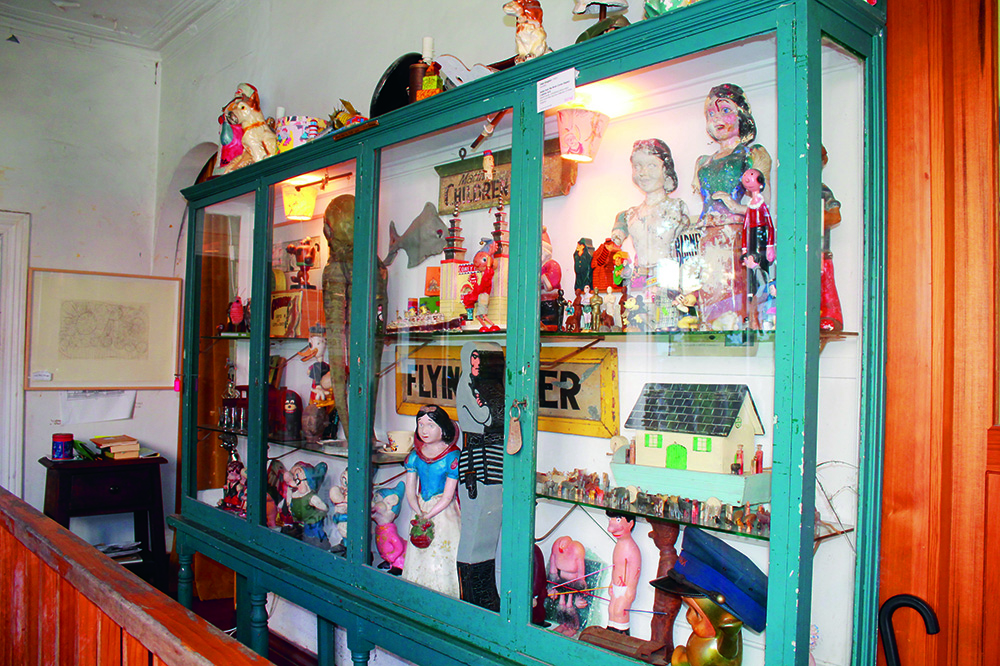 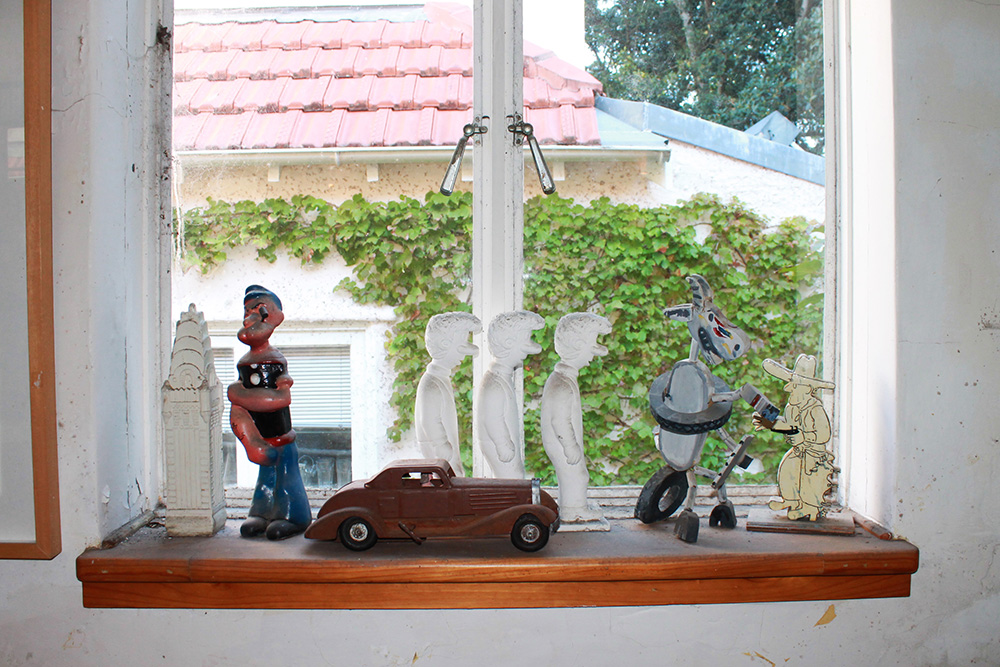 A walkway named after him hugs the foreshore and is peppered with bronze characters, such as Sam Sawn-Off and Ginger Meggs, created by Kingston and his nephew. And a heritage public convenience is still standing in the bay thanks to Peter’s persistence in ensuring the preservation of the city’s precious heritage.

“It’s a sign of a great city that looks after the best of its heritage,” Peter says. “Sydney rapidly started losing that when it got rid of things like the lovely Lady Class ferries.

“I just like things that are well made and they’re from another era where work was king. I respect it. People were proud of their jobs and what they made. It was before mobiles, NBN, modems… it’s all landfill isn’t it? This was an era when none of that existed and people talked to each other more.” Peter looks toward the bay.

“I mean, why miss out on seeing all of this?” he questions. “I just love the options, the things to do. So many things to do just sitting around, not really spending money. Sydney Harbour has got everything. It’s not the Hawkesbury, it’s not Botany Bay, it’s Sydney Harbour. Everything’s here.”

“I could keep plugging away around here forever really. This is where I am.”

And as the late-morning sunshine dances off the water, it’s easy to see why.

"Most of the works will be to do with the Opera House and its geometry," Peter says of his latest exhibition.
Peter Kingston in his Lavender Bay studio

Head to australiangalleries.com.au or call 02 9360 5177 for more information.